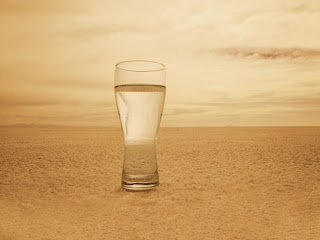 The human body is a miraculous thing. One of the really cool things that the body has the ability to do is identify is when there is a problem and the general location. Okay, there are some exceptions, such as a pinched nerve that radiates pain in alternate body parts. However, most times, the issue can be easily remedied with exercise, diet, or medication.

This comes up because of an issue I had last week where I wasn't listening -- though my wife tells me that all of the time -- to my body. The kids and I were at a friend's farm hanging out watching a movie while the wood-burning stove. As we were watching the movie, I started to get cold, so I moved closer to the stove. After I'd warmed up, I moved back to the movie where I would soon get colder than before. Repeat about five times. I spent the night freezing and with a massive headache.

It wasn't till 5 AM (0500, for those that know how to tell time properly), that it occurred to me that I was in the midst of dehydration. It was the classic example: headache, abnormally cold, and parched. Of course, I wasn't paying attention. Eight glasses of water, a couple of Tylenol, and a number of hours later, I was feeling close to normal. 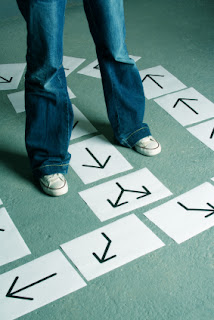 This leads me to paying attention to those things, not only in you, but around you as well. How frequently are the winds of change around us, but yet we hang on for a bit longer, usually until it's too late. Perhaps you're risk averse, just really content where you are, or are confident that your organization needs you.

If you are in a situation that is getting worse with time and is unlikely to improve in the relatively near future, you need to consider your alternatives. Perhaps those alternatives include minor adjustments such as leaving for work earlier to avoid traffic, having a talk with your boss/spouse/friend, looking for a new job, or even considering a complete career change. It seems to be too rare that waiting it out is an effective tactic. You'll end up bitter and frustrated, which doesn't only effect you, but those closest to you.
Posted by Unknown at 00:30