Building a competitive edge at what cost 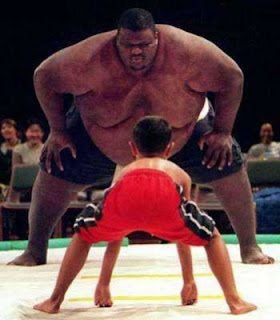 I had the opportunity, as I did last year, to proctor Frederick County's Challenge 24 Math Competition. This is something I always enjoy as I love seeing kids using their brains to excel. This is the somewhat rare opportunity for kids to be cheered on for the their ability to think rather than for their physical speed, strength, or agility. It equalizes kids of different stature.

Allegedly, it is in this vein that one of the competing schools failed. Perhaps the facts were relayed wrong, but three parents and a competing student corroborated the story and only one parent defended the school's modus operandi. It is because of the dissenting parent that I began this paragraph with allegedly.

Instead of the students learning to use their math facts, the students memorized the numbers on the cards along with the solution. The students were reaching to tap the cards before the cards hit the table -- before it is even possible that they could have seen all four of the numbers. This is not the intention of 24 or of the competition. The intent is to place an "emphasis on the process and patterns, what [Robert Sun] likes to call 'the method behind the math.1'" Rather than learn the method, the focus for these kids was on rote memorization skills.

Until the end of the tournament, when the trophies were distributed, all of the students were having a great time. It was when they heard that one specific school won 15 of the 18 trophies that they realized something was amiss. And the disappointment set in. Granted, the kids still had a good time. However, realization set in that all of their practicing was fruitless as they were studying the wrong thing.

The bright side of this story is that all of the students I worked with increased their math capabilities tremendously. For that I am happy. But I am still frustrated.

Isn't that the same as studying really hard? Perhaps. However, I would be willing to put money on these students coming out near the middle of the pack or lower if new cards were introduced or if a different solution was expected, e.g. 16 or 32 instead of 24. They may have studied hard, but it wasn't to get better, but to win.

Is this just the ramblings of an upset parent of a losing student? I would say no. While my daughter did compete, neither she or I had any expectation of her coming home with a trophy. She was there to be with and to support her friends as was I. Further, I will volunteer to proctor again next year even though I will have no children eligible to compete.
Posted by Unknown at 14:43